Kampung Bloggers The Forest Of Information
Home Technology What exactly is Metaverse? Why everyone wants to own it? 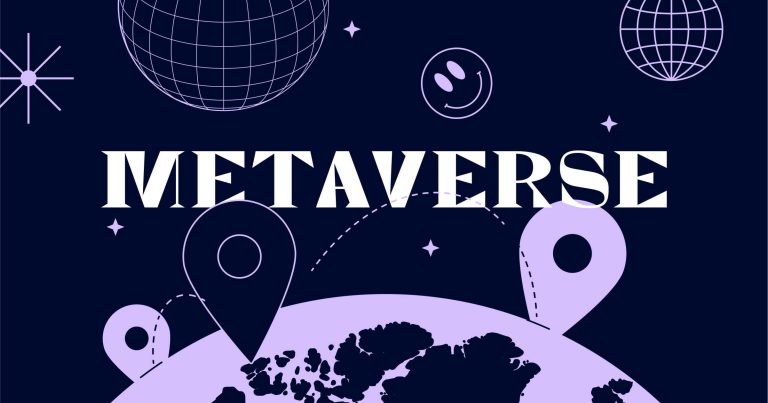 It’s been a popular discussion topic lately and Facebook, as well as Microsoft both, claim claims. What does the term “metaverse” mean? What is it? And when will it get here?

The author Neal Stephenson is credited with creating the concept of “metaverse” during the writing of his sci-fi novel “Snow Crash” in which he created realistic avatars who interacted in real-life 3D structures and other virtual reality settings.

Since then, numerous advancements have paved the road to a metaverse, a virtual online world that includes virtual reality, augmented reality, and 3D holographic avatars. video and various other forms of communication. As the metaverse grows and expands, it will provide an alternative reality that is hyper-real and that you can live with.

Inklings from the metaverse currently are present in online gaming universes, such as Fortnite, Minecraft, and Roblox. The companies that create those games are hoping to take part in the development of the metaverse.

The metaverse: What does it mean?

It’s a blend of several aspects of technology, like virtual real-time, augmented reality, and video in which users “live” in a virtual world. Metaverse supporters imagine their users working, playing, and staying in touch with their family and friends in all kinds of events and concerts to virtual excursions around the globe.

When will we be able to see it?

Mark Zuckerberg, the CEO of the new company Meta (formerly Facebook), believes it will take between five and 10 years before the most important aspects of the metaverse are made popular. The metaverse’s elements are already in existence. High-speed broadband virtual reality headsets, virtual reality, and permanent, always-on virtual worlds are all in operation although they might not be available to everyone. And if you want to stay in touch with Metaverse here you can check out the latest Metaverse News.

See also  Top Five Most Popular NFTs You Should Know

What are some examples of Metaverse?

Let’s look at what’s happening right now that could be the basis for the metaverse of the future.

The tech giant previously known under the name Facebook has made numerous commitments to virtual reality which includes the 2014 acquisition of Oculus. Meta imagines a world in which digital avatars interact with leisure, travel, or work through VR headsets. Zuckerberg is a big believer in the metaverse, claiming it can take over the internet in the way we think of it. “The next medium and platform will be deeper and more entangled than letting you be part of the experience and not simply looking at it. And we refer to this as the Metaverse,” said Meta CEO Mark Zuckerberg last month after unveiling the company’s new branding.

The company already utilizes Holograms and is working on multi-dimensional and enhanced real (XR) applications through the Microsoft Mesh platform which combines both the physical world and augmented as well as virtual reality. In the last month, Microsoft presented its ideas to bring mixed reality, including virtual avatars and holograms into Microsoft Teams in 2022. In the pipeline for the coming year are exploring 3D virtual connected areas for workplaces and retail. In the U.S., for instance. U.S. Army is currently working with Microsoft on an Augmented Reality Hololens 2 headset that soldiers can train, practice and fight in. Additionally, Xbox Live already connects millions of gamers all over the world.

Tim Sweeney, CEO of the company behind Fortnite Tim Sweeney, the CEO of Fortnite, has stated, “It’s no secret that Epic is committed to building”the metaverse.” The company has hosted concerts featuring artists like Ariana Grande, Travis Scott, movie trailers and music premieres, and even an “immersive” recreation of Martin Luther King Jr.’s 1963 historic “I Have A Dream” speech. It’s also developing realistic digital humanoids through its MetaHuman Creator that could let you can personalize your digital duplicate in the future of open-world games. If this intrigued you, check out what are the best multiplayer VR games by Metaverse Insider.

The site, launched in 2004 houses a myriad of games that users have created including role-playing games such as Bloxburg and Brookhaven where players can construct homes, build workspaces and even play scenarios. Roblox Metaverse is now worth more than $45 billion after it went public in the last quarter of this year. on the day of the company’s IPO on March 1, Roblox Chief Executive Officer David Baszucki posted an appreciation thank for everyone who contributed to making this platform “one step further to achieving our dream that we have called the “Metaverse.” Since that time, Roblox has teamed up with skateboarding footwear company Vans to launch Vans World which is a virtual skateboarding facility where skaters can dress up in brand new Vans equipment, and has also opened an exclusive Gucci Garden which is where you can play and buy clothes and accessories for your virtual.

Another popular virtual world for children, Microsoft’s Minecraft is the virtual equivalent of Legos in which players are able to make their own virtual avatars and build anything they want. In August, Minecraft has over 140 million active users per month. As the virus spreads it has gained popularity with children who were forced to rely more heavily on virtual networks.

Certain lesser-known companies have started their own virtual worlds. The virtual world of fantasy Second Life, founded in 2003, is now in its second decade of existence as an alternative reality.