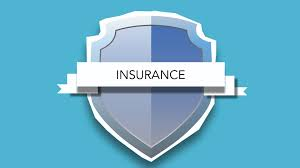 Delayed compensation by a Third Party Carrier is the main reason why insurance companies pay their client and seek reimbursement from the at-fault party or their insurance company. In simple terms, subrogation is a refund to your insurer for what they paid you in advance and an attorney for car accidents in Alaska can help you clearly understand subrogation.

Suppose Mary’s car is damaged when John crashes her car after running a red light. Mary files a claim with her insurer and the claim is settled promptly. In normal circumstances, Mary’s insurance company shouldn’t the one to pay because Mary wasn’t responsible for the accident. In addition, Mary can’t sue John because she’s already compensated by her insurance company.

The legal definition of subrogation is “the practice of substitution of a person or group by another in cases of debt claims in insurance”. In the above illustration, subrogation allows Mary’s insurance company to sue John or his insurer for defaulting their obligation.

Suppose Mary filed legal action (in the above illustration). Her insurance company pays her to enable to meet pressing financial needs related to the accident, such as medical expenses and car repair. Subrogation rules require Mary to reimburse their insurer the advanced money if they sue John successfully. In other words, a plaintiff should first repay their insurance companies before keeping the rest of the money.

Suppose Mary’s auto insurer–in the afore-mentioned illustration, files legal action against John or their insurer after 4 years, can they be reimbursed for the money paid to Mary? No, because the provision of Alaska’s statute of limitations was contravened hence, the claim is time-barred

Josh purchased an auto insurance policy from X Insurance Company. Chris, who owns Decor Painting, was hired by Josh to paint his house, covered by X’s homeowner’s policy. The house burned down in the process. X paid the claim and filed a subrogation claim against Chris who cited the anti-subrogation defense. The court ruled that subrogation was permissible because Josh’s claim is not covered risk and the covered risk wasn’t impacted.

A waiver of subrogation is also called a subrogation clause, which is an agreement that waives an insurance company’s right to seek compensation from an at-fault party. Such agreements are ideal when a faulting driver is ready to settle an accident without involving the accident victim’s insurer.

See also  Why Most Personal Injury Claims Settle before Trail

Benefits of a Waiver of Subrogation

The best approach would be to consult your attorney to help you understand how a waiver of subrogation can impact your settlement. However, some insurance companies do not allow their client to sign subrogation waivers because they can present certain risks and legal challenges if something goes wrong. Understanding the risks associated with subrogation waivers is the first step towards making informed decisions.

Subrogation allows your insurance company to take your place and sue the faulting party on your behalf. Because you can’t sue them after receiving compensation for their loss. However, subrogation laws/ rules can vary by state and case.