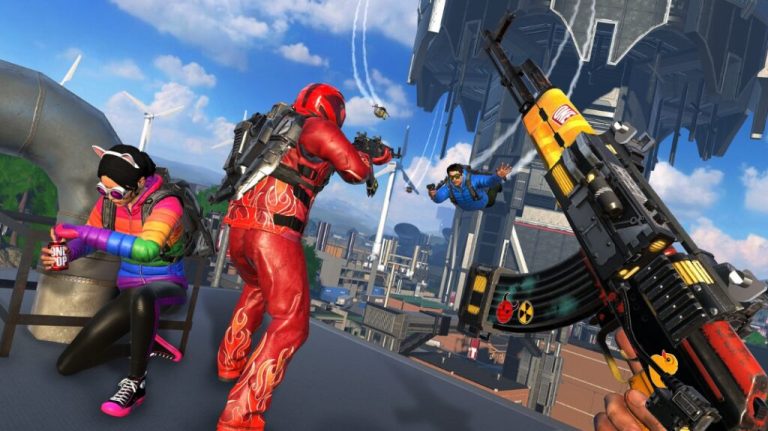 Virtual Reality has revolutionized our gaming experiences, and the Oculus Quest takes it to an entirely new level of convenience and versatility. Oculus Quest is a great tool for multiplayer virtual reality games. The Oculus Quest provides users with the opportunity to experience a fully immersive virtual reality without needing any consoles or PCs. From action-oriented combat and exploration to tactical planning, there are countless amazing multi-player VR games available for this device! This article will explore some of the best multiplayer VR games that offer an unmatched level of interactive immersion – chosen due to their popularity, quality, and ability for multiple players.

The Under Presents VR Experience is a revolutionary, interactive virtual reality experience that blends together exhilarating elements of gaming, adventure and theatre. In addition to an enthralling storyline, you will be surrounded by other players wearing black cloaks and gold masks in this truly unique setting – the only way to communicate with each other being through body language! It’s certain to leave you both laughing out loud and filled with curiosity over who these mysterious characters are and where they came from.

If you’re looking for a unique and realistic way to play poker with your friends, then PokerStars VR is the perfect game. This virtual reality gaming experience is one of the most sought-after titles in this genre. You can join different online tables or even light up some cigars – it’s as if you’re right there at an actual table! Whether you use Oculus Rift, HTC Vive or any other headset compatible with Virtual Reality, enjoy amazing 3D graphics and immersive sound effects that make every game truly engaging. Get ready to take on opponents from around the world for intense real money games – all without leaving home!

Ironlights is the perfect choice for those wanting to embark on a thrilling virtual reality journey with friends and family. As you fight in mesmerizing slow-motion battles, alternate defensive techniques are employed as each player utilizes one VR headset. With Ironlights’ revolutionary approach to unarmed combat in virtual reality, martial arts fans will undoubtedly be captivated by this game’s immersive experience.

Choose from a wide range of weapons, armor and abilities to outsmart your opponents.

Space Pirate Trainer is one of the most popular VR games available for Oculus Quest. This intense game will put your aim and survival skills to the test as you fight off droids that get increasingly challenging with each level.

Have you ever wanted to go on a fishing trip with your friends, but found yourself stuck inside due to restrictions or other limitations? Real VR Fishing is the perfect solution for you! This simple yet enjoyable multiplayer game allows four players at once and enables them to fish in virtual reality. It has been around for a while now, and recently added features like support of up to four players. With Real VR Fishing, all that’s needed is just time set aside – no need for actual travel or weather conditions.

Eleven Table Tennis VR is a fully immersive virtual reality game that allows players to experience table tennis in a realistic setting. It is available on Quest and feels very real when played. It is extremely accurate and requires little resistance. Moreover, it makes a great addition to any party, emitting light vibrations when the ball hits the ground.

Spaceteam VR is a chaotic, yet highly enjoyable multiplayer game. Initially release on mobile back in 2012, the popular title has since been port to virtual reality platforms. As members of a spaceship’s crew, players must communicate with one another and press buttons to perform certain actions while navigating through space – which can often be pretty hectic! Fortunately for those who don’t own a VR headset already, you still have the option of joining this incredibly popular Quest-based game! Even if two gamers are sharing the same physical room together without any headsets at all–at least one player can join via their mobile device instead.

Oculus Quest offers a variety of exhilarating and stimulating virtual reality experiences that will keep players endlessly entertained. Whether you’re into fast-paced combat, explorations, puzzles or the excitement of strategic planning – there’s something for everyone to enjoy! Plus, with its top multi-player VR games such as PokerStars VR and Ironlights; it’ll make sure your gaming experience is nothing less than thrilling. Experience immersive gameplay in an unprecedented manner and get ready for hours upon hours of adrenaline-filled fun with Oculus Quest! Oculus Quest is the ultimate VR platform, offering players a plethora of unique and engaging multiplayer games like Eleven Table Tennis, Spaceteam VR, and The Under Presents. With an ever-developing library of innovative titles that provide endless entertainment possibilities, Oculus Quest stands out in the crown virtual reality market.