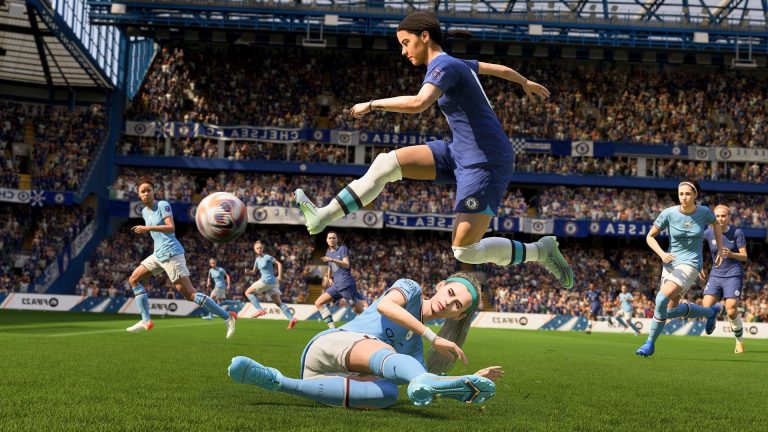 U7Buy offers cheap FIFA coins for sale and fast deliveries! FIFA 23 has been officially confirmed. We are glad to see that our predictions were right. FIFA 23 will be here on September 30th. The cover star is, for the third time in a row, Kylian Mbappe. Sam Kerr debuts as the first woman footballer on the game cover. This we did not see coming, but it’s a nice surprise altogether. FIFA 23 will be available in two editions. The Standard edition features Mbappe as the frontman. The Ultimate edition has Mbappe and Kerr on the cover. No matter what edition you get, U7Buy will always be ready to supplement your FIFA 23 coins stash!

The most popular game mode, FUT 23, is not going anywhere. In fact, it gets bigger and better with more features and content. It turns out that the rumors were true. The chemistry system is getting an overhaul that will change how you play and put together your teams. New FUT Moments are also on the list. Icons and FUT Heroes have also been confirmed. Women’s Club Football is a new mode that’s coming in this year’s game. For the first time in the history of the franchise, we will be able to play the Barclays FA Women’s Super League and Division 1 Arkema. These two modes will be available on launch day. The FIFA World Cup Qatar 2022 is among the additions as well. We will also get the FIFA Women’s World Cup Australia and New Zealand 2023.

See also  What to Look for in a Toto Site

These three modes will come after launch. FIFA 23 introduces an important update regarding matchmaking. The game features cross-play giving players from different platforms of the same generation the chance to interact. The game takes realism one step further with the Hyper Motion 2 technology. Career mode promises to deliver the most genuine experience to date. This mode allows us to play as managers or players. Those playing on PlayStation 5 and Xbox Series X will have an enhanced match day experience. Pro Clubs mode is getting updates as well. New customization and Drop-Ins improvements are on the table. Volta Arcades are being updated too. If you cannot wait until September 30th to play the new game, consider buying the Ultimate edition. This version has three days of early access among other pre-order bonuses. The Standard edition has pre-order goodies too.